Report: Why The Media Lose To Donald Trump 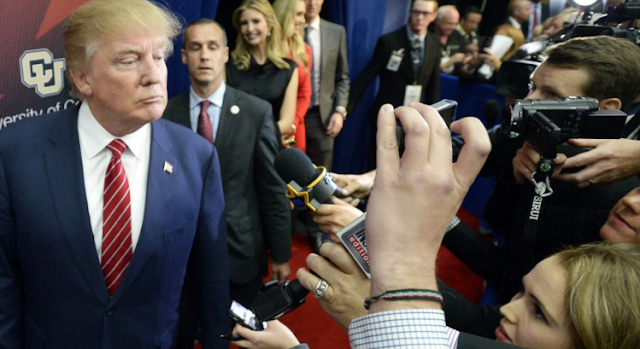 Donald Trump thrives off of media hostility, and the more hostile—and the less defensible—the better.

According to Rich Lowry at Politico, it allows him to portray himself as the victim of a stilted establishment. It fires up his supporters. It keeps the debate on terrain that is familiar and favorable to him—whether or not he is being treated “fairly”—and allows him to adopt his preferred posture as a “counterpuncher.”

There are legitimate questions raised about how determined Trump has been to ignore evidence of Russia’s hacking operations prior to the election. But BuzzFeed did more to obscure and discredit these questions than Trump Tower could ever hope to. By publishing the uncorroborated dossier, BuzzFeed has associated the Russia issue with fantastical rumors and hearsay.

Its decision to post the document has to be considered another chapter in the ongoing saga of the media and Democrats losing their collective minds. If the election had gone the other way, it is hard to see BuzzFeed publishing a 35-page document containing unverified, lurid allegations about President-elect Hillary Clinton that it didn’t consider credible. This was an anti-Trump decision, pure and simple.