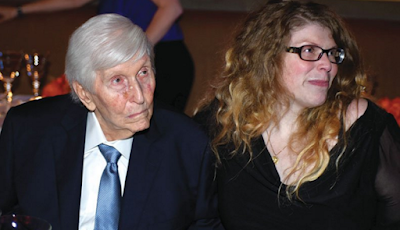 (Reuters) -- Sumner Redstone's granddaughter Keryn said on Wednesday she plans to support the independent directors of Viacom Inc to help free the 93-year-old media mogul from the "clutches" of his daughter, Shari.

The independent directors have questioned Sumner Redstone's mental competence, and said they will legally contest any move by his purported representatives to remove them from Viacom's board.

"I will soon be announcing legal steps to join with the Viacom directors in our common cause to liberate my grandfather from Shari's clutches and protect my fellow trust beneficiaries and myself from her machinations," Keryn Redstone said in a statement issued by attorney Pierce O'Donnell, who also represents Sumner Redstone's ex-girlfriend Manuela Herzer.

Herzer had challenged Redstone's mental competence after she was ejected from his mansion last October. She had sought to be reinstated as his designated healthcare agent, but a Los Angeles judge dismissed that case in May. Herzer's lawyers have said she planned to appeal the decision.

Keryn Redstone, who supported Herzer's lawsuit, said she had been prevented from seeing her grandfather by her aunt, Shari Redstone, who is vice chair of Viacom's board.

A spokeswoman for Shari Redstone had no comment. She had previously denied allegations that she was manipulating her father. "Shari has made it abundantly clear that she has no desire to manage Viacom nor chair its board," she said in a statement on Tuesday.

Sumner Redstone, in a statement issued last week by his spokesman, said he was considering replacing Viacom's chief executive, Philippe Dauman, and its board of directors.

Legal experts said Dauman and the directors would face a tough legal battle to prevent their ouster because Redstone's National Amusements Inc (NAI) had the ability to immediately remove Viacom's board at any time under Delaware law.

NAI controls 80 percent of the voting shares in Viacom and CBS Corp. Earlier in May, Redstone ejected Dauman and a Viacom board member from the seven-person trust that will control the voting shares after Redstone's exit.
Posted 4:29:00 AM