iHeartMedia Inc. has agreed to pay $8.5 million to resolve allegations that the mass media company violated the Telephone Consumer Protection Act by sending out unsolicited text messages to its radio listeners.

According to the iHeartMedia TCPA class action lawsuit, the company sent marketing text spam to the cell phones of consumers without prior express consent, which is required under federal law.

In addition to establishing a Settlement Fund, iHM has also agreed to change its company procedures to make sure it obtains the consent of listeners to receive text messages on their cell phones before sending out advertisements.

Those who are eligible to benefit from this TCPA class action settlement include anyone who received an advertising text message from iHM (or one of its radio stations) between Oct. 16, 2013 and Apr. 19, 2016 without giving their consent ahead of time. 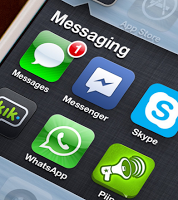 One compliant stated they texted iHeartMedia using station-provided “short codes,” such as “55100,” to enter iHM contests. The complaint cited one particular text message reply from iHeart’s Elvis Duran Show, which said: “Thanks for texting the studio! While you’re at it play us in the brand new version of Words with Friends!” The message also included a link to access the game.

Other text message replies cited in the complaint included similar ads for a trampoline park, a “school of media arts” and Circle K Convenience Stores.

The complaint alleged these text messages violated federal telecommunications law because the advertisements were sent for companies and products not affiliated with iHeart, and were sent without any kind of notice or warning to listeners that they might receive an advertisement in their text inbox.

The complaint said iHM’s use of the text messaging short codes with automated replies serves as little more than a way for the broadcasting group to collect mobile phone numbers and use them to increase advertising revenue.