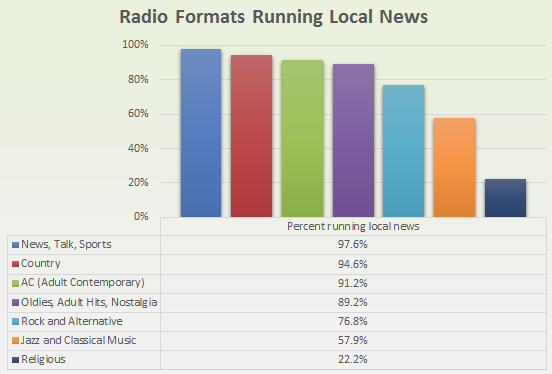 Overall in a RTNDA survey, 80% of local radio groups report that at least one station in the group runs local news. That's almost a point higher than last year, according to Bob Papper, Professor Emeritus - Hofstra University, who oversees the annual survey.

In total, 69.9% of radio stations in the survey run local news – 75.2% of AM stations and 65.6% of FM stations. The overall percentage running local news is up 3 points from last year. That helps make up for some of last year’s 4 point drop – which followed a nearly 8 point drop the year before.

AM and FM stations were up about the same amount. 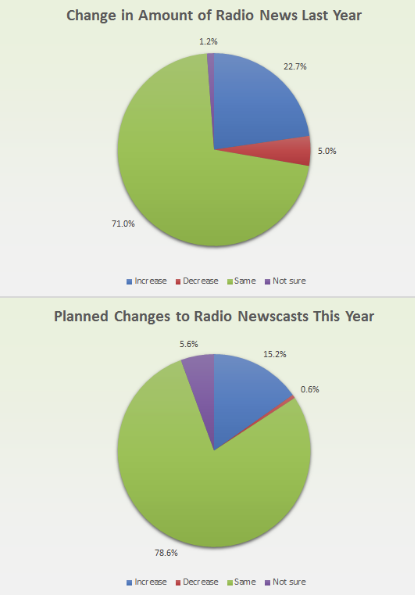 The amount of local news on radio looks remarkably similar to the numbers a year ago.  Average weekday rose by just under 2 minutes per day, but the median stayed exactly the same.  Saturday average rose by 3 minutes and Sunday rose by almost 3, but the medians (typical) for the weekend remained at zero.

Generally, the survey shows the bigger the market, the more news the average station ran… but, according to Papper,  that’s at least in part because there are a lot more all news stations in the biggest markets. Commercial stations ran about one-third more local news than non-commercial stations,
Posted 11:00:00 AM