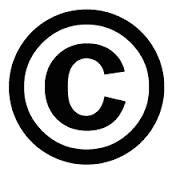 In the past few years, the public performance of songs authored before sound recordings fell under federal copyright law has become a contentious legal issue. On Tuesday, a California judge handed down a big ruling that could help immunize terrestrial radio operators and others from lawsuits and upend many preconceived notions about copyright, according to the Hollywood Reporter.

The decision from U.S. District Court Judge Percy Anderson comes in a dispute between ABS Entertainment, owner of recordings by Al Green and others, and CBS Radio, which was dragged into court after others found success litigating the theory that pre-1972 songs are protected under state law and can't be broadcast without permission. The ABS lawsuit cut again decades of precedent that songs on the radio served promotional purposes and shouldn't render compensation for owners. As times have changed, with sales becoming less meaningful to artists, owners have pushed lawsuits and lobbying efforts to shake up the system.

In reaction to the ABS lawsuit, CBS tried out a response dripping with implications. According to the radio giant, it was not performing the original analog recordings, once distributed mainly through vinyl, but rather remastered versions that came out after 1972. Under this argument, the specifically performed works aren't protected by state law, and CBS doesn't have to pay.

ABS (and other owners who joined in) retorted that what sound engineers accomplish by tweaking timbre, balance and loudness is "mechanical" and not sufficiently original to be entitled to copyright protection. The plaintiffs further asserted that to accept otherwise would mean owners of sound recordings would enjoy perpetual copyright over works.

On the issue of originality, the judge gives credence to CBS' expert, Dr. Durand Begault, an acoustic engineer and research scientist specializing in forensic investigation of audio evidence, and finds that the plaintiffs' pre-1972 sound recordings "have undergone sufficient changes during the remastering process to qualify for federal copyright protection," adding that ABS hasn't offered sufficient evidence to even make this a contestable point for a jury to decide.

Anderson points as an example to the remastered version of Ace Cannon's 1961 recording "Tuff," which Dr. Begault found had additional reverbaration, was played in a different musical key and at a faster tempo, He accepts the proposition that these are not merely “mechanical changes or processes ... such as a change in format, de-clicking, and noise reduction,”  nor are the changes “trivial,” nodding to the fact that experienced sound enginners were brought in for a reason. "Instead, the changes reflect 'multiple kinds of creative authorship, such as adjustments of equalization, sound editing, and channel assignment,'” he writes.

ABS also tried to argue that sound recordings authored before 1972 cannot serve as a "pre-existing work" for a later derivative work, but the judge finds this to be unpersuasive. And so, the remastered versions enjoy independent copyrightability.

What this decision means as far as the copyright term is concerned, termination rights, and the determination that sound engineers do copyrightable work will be sorted in future disputes no doubt.

Nevertheless, as various appeals courts get set to weigh on the issue of pre-1972 recordings, Judge Anderson has just given radio operators some form of roadmap on how to publicly perform older works without liability.
Posted 3:46:00 PM