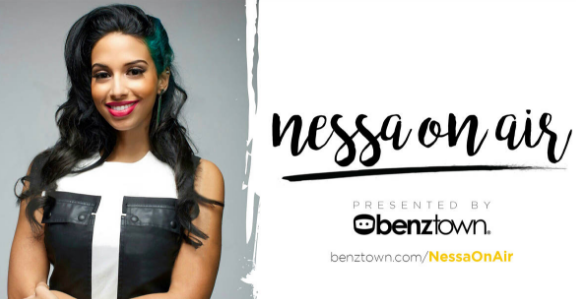 Benztown has announced that it will syndicate a new personality-driven music radio show, “Nessa On Air”, featuring Nessa, 3PM-7PM host of Hot-97/WQHT-FM in New York City and host of shows on MTV and MTV2, including MTV’s “Girl Code”. “Nessa On Air” is a five-hour Monday through Friday show produced for CHR, Rhythmic CHR and Urban stations and designed to air in any day part.

The first affiliate to broadcast “Nessa On Air” is CBS Radio’s KMVQ 99.7 FM in San Francisco, which debuts the program on Monday, June 6, 2016. Nessa was previously on-air at KYLD in San Francisco before signing on at Hot-97 in New York City, so this week’s debut marks a return to Bay Area radio for Nessa.

Michael Martin, Senior Vice President, Programming, CBS Radio said: "Nessa is such a superstar! The Bay has missed her but now she's back and I couldn't be happier to have her back on 99.7!”

Rick Cummings, President, Radio Division, Emmis Communications said: “From her very first job in radio (Power 106 Los Angeles), we have been huge fans of Nessa. She brings so much to the party... on Hot 97, on Girl Code. Now, she can do the same for your station. Don't miss the opportunity!”

Nessa said: “I’m so excited to take ‘Nessa On Air’ national. Cat and I have always wanted to do syndication together and we’re doing it with the family, Katrina B and Queen Kong! And going back to the Bay on our first affiliate, 99.7-- Now with Michael and Jazzy! This is so perfect. Big ups to Chachi and Masa at Benztown for their belief, and thanks sooo much to my Emmis family Rick, Charlie, Pio, and Jimmy for their support. Let’s get this!”