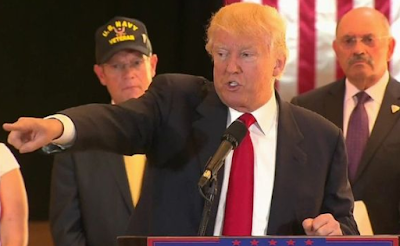 Donald Trump's attacks against "sleazy" reporters and the "dishonest media" belie the fact that he loves the media.

Trump craves media attention and courts it doggedly. He consumes coverage of himself voraciously. The media is his lifeline.

"He's an attention junkie. He really is," CNN media analyst Bill Carter said on "New Day." "He likes being the center of attention... He does need the media."

Trump's desk is littered with web stories about him and magazines with his face on the cover. His televisions are usually tuned to Fox News or CNN. And he is in regular contact with media moguls like Rupert Murdoch.

This behind-the-scenes engagement is in stark contrast to the vitriol he directs at media outlets practically every day.

On Tuesday, he harshly challenged reporters who questioned him about donations to veterans groups. He obviously watched and read the reactions: Eight hours later, he tweeted, "I am getting great credit for my press conference today."

Trump resumed his critique on Wednesday morning: "I raised/gave $5,600,000 for the veterans and the media makes me look bad! They do anything to belittle -- totally biased."

Wolff observed that "he's vague on all subjects outside himself, his campaign and the media. Everything else is mere distraction."
Posted 4:58:00 AM