People Will Soon Talk to Web Ads on Weather.com 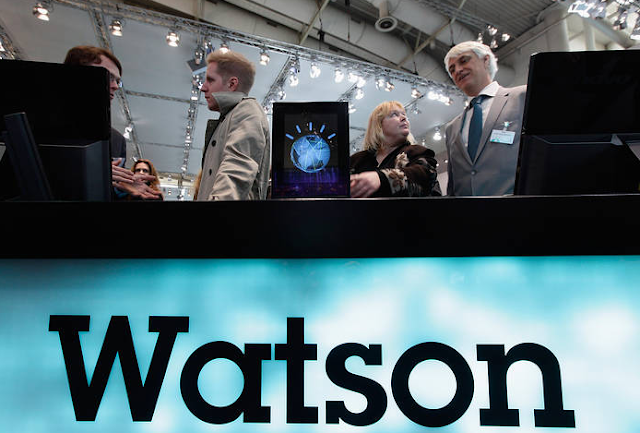 Most people don’t seem to want to click on Web ads. Do they want to talk to them?

Maybe if Watson— IBM’s supercomputer perhaps best known for its Jeopardy prowess—was the one talking back?

Weather Co. believes so. The Wall Street Journal reports the media company, all of which was acquired by IBM last October except for its traditional TV channel, is planning to roll out digital ads that people can communicate with this fall. Using Watson’s artificial intelligence software, advertisers will be able to produce display ads that invite people to ask Watson questions about their products, either by speaking or typing into a search box.

For example, an allergy medication brand could enable visitors to Weather.com to ask questions about whether the product is appropriate for children or what sort of side effects it might cause. Or a food brand may encourage people to ask about potential recipes.

Weather Co. has already signed on Unilever, Campbell Soup Co. and GSK Healthcare, a unit of GlaxoSmithKline, to start running Watson-powered ads on both desktop and mobile devices this fall. The company isn’t saying yet which individual brands will implement the ads.

Initially, Watson Ads will only be available on Weather Co.’s properties, including Weather.com and Weather Underground. But Jeremy Steinberg, Weather Co.’s global head of sales, said the company is open to having these ads eventually run on other websites and apps—and the technology could even find its way to other media, such as billboards and even TV ads.
Posted 3:04:00 AM