Fox News Channel topped all of basic cable in total day in total viewers again in May, marking the first time the cable news network has topped the basic cable ratings chart three months in a calendar year, and this year is only five months old. FNC led basic cable for two months of the full calendar year during the Iraq War.

In primetime, FNC ranked No. 3 among basic cable networks, Behind NBA playoff-fueled TBS and ESPN. CNN ranked No. 13 in primetime, and MSNBC was No. 15, according to Deadline.

MSNBC, meanwhile, pointed out it delivered the highest percentage of total-day growth in cable news for the month – 61% in total viewers and 49% in the news demo. Except MSNBC did even better, percentage-wise, in primetime: up 78% among overall audience and 66% in the news demo. 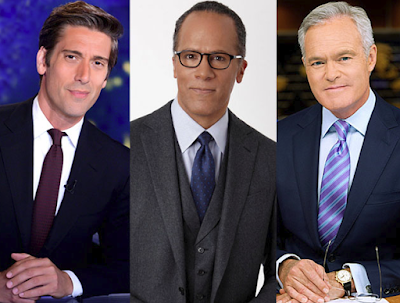