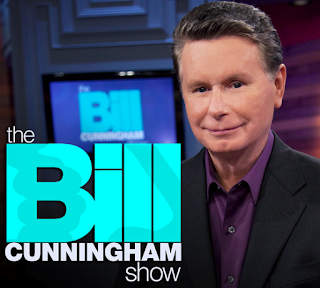 The taveling grind got ot him, WLW 700 AM's Bill Cunningham has given up hisHe didn't want to work so hard, so he's quitting his TV gig, reports cincinnati.com.

"It's the travel that got me – I went back and forth to New York 228 times and I spent 408 days in a hotel room. I want to be with my wife and family and grandkids," said the 68-year-old Cunningham.

In order to do both daily radio and television, Cunningham would fly to New York on Monday night and tape three TV shows a day Tuesday through Friday.  He would then tape or broadcast his afternoon radio show from an adjacent radio studio before flying home to Cincinnati Friday night.

"The worst part of doing 650 live shows? The airports. The best part was walking on set and getting that audience feedback. I’ve done radio for 33 years, and you don’t see anybody besides yourself," he said.

If Cunningham were to continue his TV show, which was scoring well in key demographics in large markets, he had to commit to three more years of television. Cunningham's self-titled show debuted September 2011 and covered the standard daytime TV fare of paternity disputes, inter-family squabbles and lie-detector tests.