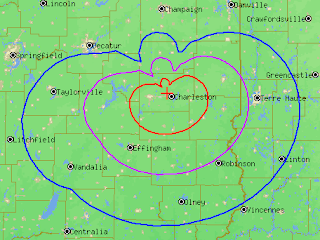 After 60 years in the community, Charleston radio stations N/T WRJM 1270 AM / 96.1 FM will no longer be in operation come January. according to jg-tc.com.

Randy Miller, owner of Miller Media Group, said financial viability was the deciding factor in closing down the two stations.

“It was a business decision,” Miller said. “It was not financially viable for my company to continue to operate.”

The final day of broadcasting for WRJM will depend on the Eastern Illinois University Panthers’ football FCS playoff game, Miller said.

WRJM’s agriculture program, which operates six hours a day, will continue to be heard on sister station WHOW 1520 AM in Clinton, IL.

The Miller Media Group will continue to own and operate radio stations that serve Taylorville, Pana, Shelbyville, and Clinton, the WRJM website said.
Posted 3:00:00 AM