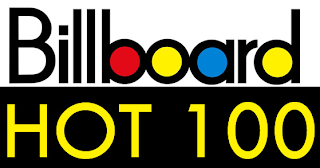 In the first study of its kind, two researchers have used popular music to help severely brain-injured patients recall personal memories, according to news-medical.net.   Amee Baird and Séverine Samson outline the results and conclusions of their pioneering research in the recent issue of the journal Neuropsychological Rehabilitation.

Although their study covered a small number of cases, it's the very first to examine 'music-evoked autobiographical memories' (MEAMs) in patients with acquired brain injuries (ABIs), rather than those who are healthy or suffer from Alzheimer's Disease.

In their study, Baird and Samson played extracts from 'Billboard Hot 100' number-one songs in random order to five patients. The songs, taken from the whole of the patient's lifespan from age five, were also played to five control subjects with no brain injury.  All were asked to record how familiar they were with a given song, whether they liked it, and what memories it invoked.

Doctors Baird and Samson found that the frequency of recorded MEAMs was similar for patients (38%-71%) and controls (48%-71%). Only one of the four ABI patients recorded no MEAMs. In fact, the highest number of MEAMs in the whole group was recorded by one of the ABI patients. In all those studied, the majority of MEAMs were of a person, people or a life period and were typically positive. Songs that evoked a memory were noted as more familiar and more liked than those that did not.

As a potential tool for helping patients regain their memories, Baird and Samson conclude that: "Music was more efficient at evoking autobiographical memories than verbal prompts of the Autobiographical Memory Interview (AMI) across each life period, with a higher percentage of MEAMs for each life period compared with AMI scores."''