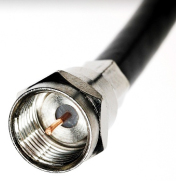 Time Warner Cable is no longer on its own as a major takeover target in the media industry.

Discovery Communications is considering a bid for Scripps Networks, home to channels such as the Food Network, WSJ reports.

A deal for Scripps could kick off a wave of consolidation among TV channel owners who fear that separate consolidation efforts among pay-TV providers could undermine their ability to increase programming fees in the future — a big complaint among distributors already, the story notes.


Discovery has yet to make a formal offer for Scripps, which has long been seen as a potential takeover target. Variety was first to report news of Discovery’s interest in Scripps Tuesday.