Country radio listeners in Baton Rouge and New Orleans might have noticed a change this week with the disappearance of syndicated show hosts Big D and Bubba, according to nola.com.

Big D and Bubba began the show in 1996, but until recently it was heard across the country for four hours on weekday mornings. The show formerly aired on WNOE 101.1 FM  in New Orleans and WYNK 101.5 FM in Baton Rouge, but the pair signed a syndication deal with Compass Media, which meant they left the Premiere/Clear Channel network that the local stations are a part of.

Peter Kosann, CEO of Compass Media Networks, said in a prepared statement that the company is preparing to announce a new Baton Rouge affiliation "shortly," but there was no word on a possible second option in New Orleans. Big D and Bubba will begin their show with the Compass Media network in January 2014 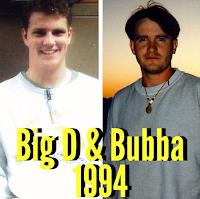 Michael Hudson, the CCM+E's market manager for WYNK in Baton Rouge, said the syndication deal Big D and Bubba signed is the reason for the disappearance from local airwaves.

"Big D and Bubba were with us for 15 great years, and they're part of our family. They're being represented by a different network now," Hudson said. "We love those guys, but it's just business. We wish them the best in growing their business."

The move means the Clear Channel stations have opened a pathway for the Bobby Bones Show, which is a Clear Channel program, to take over the morning shift in both cities.

The Facebook page for WYNK, Baton Rouge's radio station that previously aired the show, was covered in requests for the show's return Tuesday afternoon. A separate Facebook page titled "Bring Back Big D and Bubba" aimed directly at WNOE and WYNK had more than 600 likes by 5 p.m. on Dec. 10.