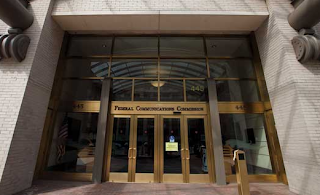 Republicans and Democrats in the House announced a deal Monday on legislation to change certain Federal Communications Commission procedures, accordin to The Hill.

Last Congress, the FCC Process Reform Act was a mostly partisan bill that Democrats worried would undermine the agency's ability to protect consumers. It passed the House but went nowhere in the Senate.
Rep. Greg Walden (R-Ore.), chairman of the Energy and Commerce subcommittee on Communications and Technology and the bill's author, agreed to drop the most controversial provisions, winning the support of Rep. Anna Eshoo (D-Calif.), the panel's top Democrat.

The full Energy and Commerce Committee is scheduled to vote on the legislation on Wednesday.

Unlike the previous version, the new bill would not restrict the FCC's ability to impose conditions on mergers and would not force the agency to perform cost-benefit analyses for proposed rules.

The legislation would require the FCC to set timelines for completing its proceedings. The timelines wouldn't be binding, but the commission would have to report to Congress about whether it is meeting the deadlines.