Their study sampled 20 radio stations in the US and on average, less than one percent of their listeners (0.06%) Tweet about radio. This is 10-times less frequently than listeners in the UK 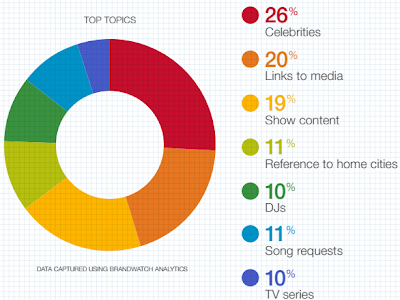 Celebrity culture is a main driver of conversation, with over a quarter of all listener mentions relating to celeb news, interviews of songs.  Listeners are proud of their cities and reference to their home city was one of the top mentioned topics. 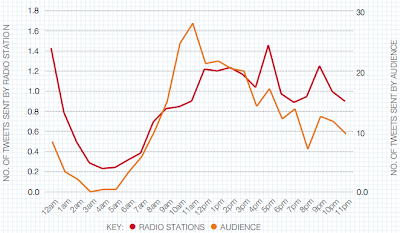 The top periods for audience tweet activity are before midday and each evening. Radio stations are taking advantage of some peak times but are missing  out on other key opportunities.  For example, the peak moment for  audience chatter is around 11am, yet radio stations focus activity much later  in the day. 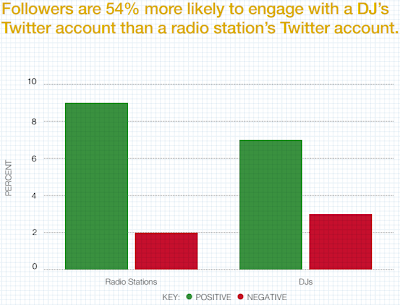 Of all DJ's Tweets, only 5.5% are about radio. This leaves plenty of room for radio stationsd to further use DJs to enhance their social strategy. 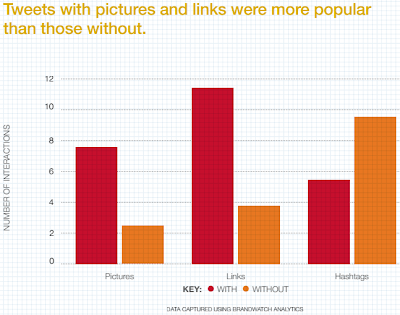 On average, there was a 68% increase in the volume of interactions when a Tweet contained an image and a 67% increase when there was a link.