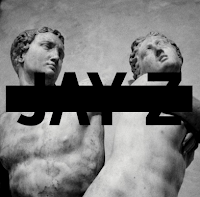 According to theguardian.com, even Nirvana benefited from Jay Z's nine Grammy nominations: the track Holy Grail borrows lyrics from Smells Like Teen Spirit, so Kurt Cobain, Dave Grohl and Krist Novoselic are listed among the songwriters for best rap song.

Macklemore and Ryan Lewis stand to be the biggest Grammy breakout act for 2013. The indie MC and DJ are nominated for two of the most prestigious prizes; album of the year and song of the year, as well as best new artist, and three rap awards.

They compete with Lamar, Daft Punk, Taylor Swift and Sara Bareilles in the best album category; for best song, Same Love is up against Katy Perry's Roar, Bruno Mars' Locked Out Of Heaven, P!nk's Just Give Me A Reason and Lorde's Royals.

The 56th annual Grammy Awards will take place in Los Angeles on 26 January. Read the full list of nominations: Click Here.
Posted 3:04:00 AM