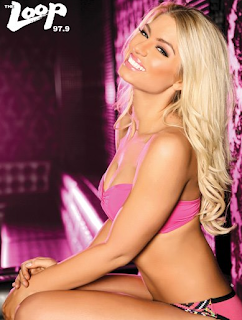 According to CRM, her one-year contract to be the station's spokesmodel, which was to expire at the end of last month, has been extended until further notice.

At a live event held at the end of October 2012, Chicago-based model Shannon Ihrke was selected to be the 2013 Loop Rock Girl. In that role, Ihrke represented the rock radio station at events through the end of November 2013 (this was to be a 13 month position), and take part in numerous photo/video shoots.

WLUP-FM management chose to not do the annual Rock Girl search at the end of this year. The reasons could perhaps be due to a lack of sponsorship or it could be connected to the long-standing rumors of Merlin Media's upcoming sale of its two remaining stations, WLUP-FM and WIQI-FM. Shannon Ihrke's popularity as the station's spokesmodel may also have been a deciding factor, according to CRM.