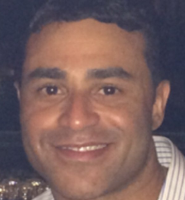 It appears that Hairston will remain in baseball and with the team he played for last season, the Dodgers. The 37-year-old has a deal to serve as a pregame and postgame analyst for the club's television broadcasts, according to Bruce Levine of Chicago's WSCR-AM radio.

However, the Dodgers have not announced the deal.

Hairston comes from a baseball family. His grandfather, father and uncle all played in the Majors, while his brother Scott is an outfielder with the Nationals. The two played together with the Padres in 2010.