Report: Digital Video Is Set To Take-Over the World

A new report by Citigroup highlights how web-based video is consumed across the globe, and the opportunities and challenges it presents to established TV players. 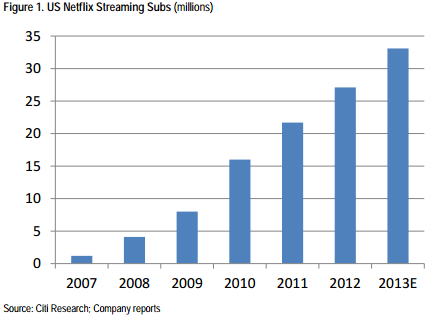 According to a story at buzzfeed.com,  Digital delivery is set, gradually but inexorably, to displace broadcast and cable television as the dominant form of video consumption, according to a new report from Citigroup that offers new details on the factors affecting that spread. 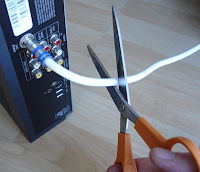 The 31-page in-depth report, by a group of analysts led by Jason Bazinet, breaks down key factors in the global spread of online video, including broadband adoption and speeds, traditional pay-TV penetration rates, and the number of free broadcast channels available.

Historically, the barriers to enter to the TV business have been both high and expensive. If you wanted to be in the TV business, you needed scarce spectrum to deliver broadcast signals, or lots of money to lay cable pipes or launch satellites into space. Now, as Bazinet’s team points out, all you need is a web server.

According to Citi’s analysts, this basic change, coupled with increasing broadband availability and the proliferation of apps, is altering the TV landscape from “the push-based delivery of linear channels over closed TV systems, to the pull-based delivery of specific shows via an app over an open system.”

Put more simply, consumers prefer loading up Netflix or Hulu and streaming shows over the web on their terms as opposed to having to be home at a certain time to watch their favorite programs or having to subscribe to a pay-TV service to gain access to video-on-demand content. 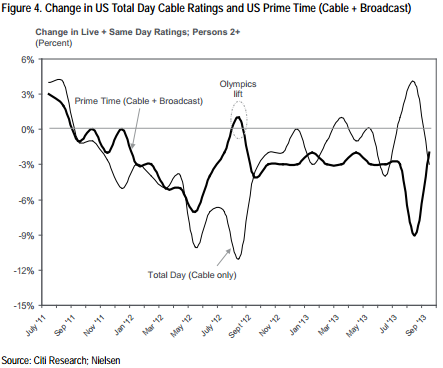 The report cites as evidence to support its theory the fact that U.S. households owning a TV have declined two straight years, and a decline in cable TV ratings in recent years that has lead to a corresponding slowdown in the pace of advertising growth.