During this season of giving, St. Jude Children's Research Hospital® reached its fundraising goal during its annual St. Jude Promesa y Esperanza® (Promise and Hope) event on December 3-4. The live broadcast on Univision's Uforia, the largest Hispanic audio network in the United States, raised over $4.1 million for St. Jude. 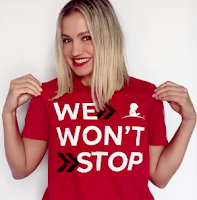 "The unwavering commitment of our St. Jude Promesa y Esperanza partners resonates in Hispanic communities nationwide and speaks to the deep impact shown when everyone unites around a common purpose to save children here and around the world," said Richard C. Shadyac Jr., President and CEO of ALSAC, the fundraising and awareness organization for St. Jude Children's Research Hospital. "This year has been unique in so many ways, but we are thankful for the steadfast support from generous Univision listeners and viewers from across the country who help make the lifesaving treatment and research at St. Jude Children's Research Hospital possible."