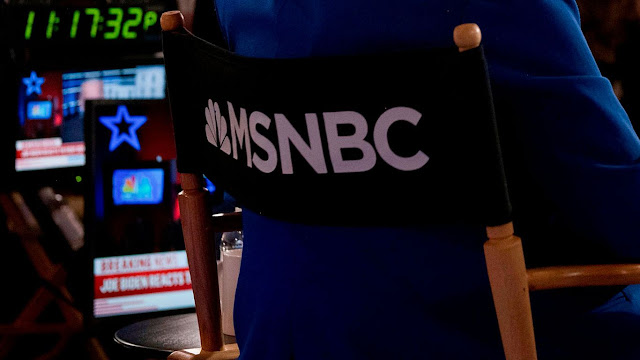 MSNBC named Rashida Jones as the network’s president, reports The Wall Street Journal citing people familiar with the matter, a major shake-up at a news channel that has raised its profile with political coverage but struggled to keep pace with rivals this year.

Jones, who is currently serving as senior vice president for MSNBC

News, is succeeding longtime network president Phil Griffin, catapulting her to one of the highest echelons in television news and making her the first Black female executive to run a major general news cable network.

Jones will officially take over for Griffin in February, NBCUniversal News Group Chairman Cesar Conde said in a note to employees Monday.

The elevation of Jones is the first major executive change made by Mr. Conde, who took over the NBCUniversal unit in May. NBCUniversal is a unit of Comcast Corp.

Jones has been in NBCUniversal’s news group for seven years, serving as an executive producer and managing editor before being promoted to her current position. In her most recent role, she helped oversee coverage of the coronavirus pandemic and the 2020 presidential election.

“If you’ve worked with Rashida on any of those endeavors, you know that she has an outstanding track record and she leads with a laser-like focus and grace under pressure,” Mr. Conde said in his note.

Griffin has been at MSNBC News for a quarter-century and has been president of the division since 2008.

Conde, who became chairman of NBCUniversal News Group earlier this year, is already beginning to put his stamp on the company’s news division. Shortly after he took over as head of NBCUniversal’s news group, Mr. Conde challenged the division to aim for 50% of its staff to be women or people of color in the coming years.

Like Fox News and CNN, MSNBC has logged an increase in ratings tied to the presidential election, but it often has struggled to keep pace with its rivals when politics takes a back seat to other breaking news. MSNBC’s viewership has increased dramatically in recent years.

MSNBC’s mix of news and political commentary has at times been a source of tension within NBC News. Some NBC News talent that appear on MSNBC have expressed concern that the strong liberal opinion shows in the evening lineup hurt the independence of the news operations, people with knowledge of the manner said. There are similar issues at conservative Fox News between its commentators and news personalities..