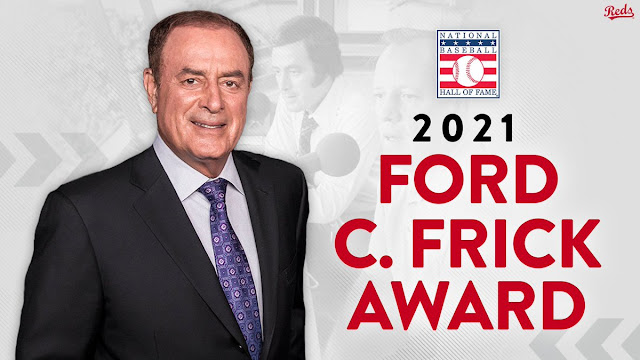 Al Michaels, 76, first a voice of the Cincinnati Reds and San Francisco Giants in the 1970s before calling some of the most compelling national baseball broadcasts of the last 40 years, was named the recipient of the 2021 Ford C. Frick Award Wednesday, given annually by the Baseball Hall of Fame to honor broadcasting excellence.

According to the Boston Globe, Michaels is best known for confirming that we should indeed believe in miracles with his iconic call of the final moments of the 1980 US Olympic hockey team’s upset of the Soviet Union.

He’s most recently known as the play-by-play voice of NBC’s “Sunday Night Football,” a role he has had since its inception in 2006.

He was selected from a list of eight finalists whose main contributions came as national announcers. The Hall of Fame has a three-year rotation of honoring national announcers, announcers associated with a particular market, and broadcasting pioneers with the award.

Michaels will receive the Frick Award as part of the Hall of Fame ceremonies in Cooperstown, N.Y., July 24.