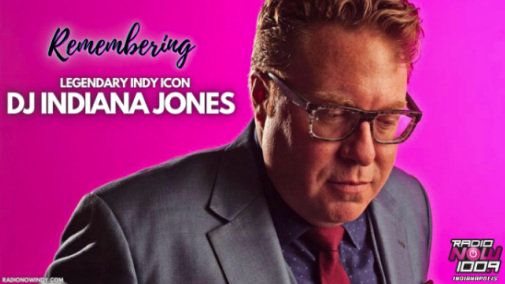 Ron Miner, the beloved Indianapolis music manager, promoter and DJ known to many as DJ Indiana Jones, died from a heart attack Friday.

He was 50, according to the Indy Star.

Miner established himself early as a staple in the local music scene. He most recently co-hosted nights on Radio One CHR WNOW-FM Radio Now 100.9. Jones was one of the original air personalities on Radio Now and also mixed on co-owned WHHH-FM (Hot 96.3) for over 20 years.

"He personified hip-hop," Amp Harris, a former Indianapolis DJ and current music promoter and manager, said. "Hip-hop was what motivated Ron to live... and Ron Miner was hip-hop."

Miner first started DJing in the early 1980s at his father's business, Melody Skateland. He sold records and CDs at Camelot Music in Lafayette Square Mall for a few years and eventually began making trips to New York in the early 1990s, working to establish himself in the industry.

After a stint in New York, where he promoted artists like the Boogiemonsters and Heather B., Miner returned to Indianapolis and became manager of local hip-hop group the Mudkids, according to longtime friend Alan "Topspeed" Roberts, also an Indianapolis DJ.

Miner started to DJ more in the early 2000s, taking on the name DJ Indiana Jones. He co-founded Crush Entertainment, a management group that represents artists across the Midwest, and owned the Casba Bar in Broad Ripple.