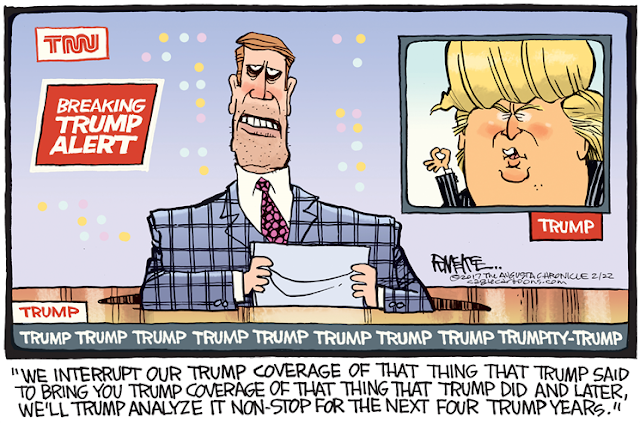 The upcoming transfer of power in Washington could be  bad news for the networks in general and the CableTV news channels in particular.

CNN and MSNBC saw record-high ratings over the past four years thanks to President Trump, who supplied just the right kind of drama for their wine-sipping audiences.

What will the networks talk about if they’re not melting down over Trump? Can anything capture the attention of college-educated whites like Rachel Maddow’s bizarre Trump tax return conspiracies or Jake Tapper keeping tally of how many cabinet officials have resigned or been fired.

According to The Spectator, CNN president Jeff Zucker, who recognized Trump’s TV prowess during the 2016 campaign and offered him a weekly show on his network, admitted to Vanity Fair that cable news loses its audience when anchors cut away from constant Trump coverage.

‘We’ve seen that anytime you break away from the Trump story and cover other events in this era, the audience goes away,’ he said in 2018. ‘So we know that, right now, Donald Trump dominates.’

The biggest challenge for cable news, then, is finding something else for viewers to obsess over. The Biden administration can hardly fill the outrage gap — left-wing audiences will angrily tune out if reporters appear to be attacking the former VP.

At least right now and presumably for the next couple of months the media can cash in on COVID, what with their death tickers and maps showing the spread in various states. But this will fade too as the Pfizer and Moderna vaccines get distributed around the country. Plus the media will not want to focus too much on the body count once Biden takes office, lest they come too close to criticizing his response.

The media has made quite clear already that they have no intention of covering the incoming administration half as aggressively as they did Trump, according to The Spectator.