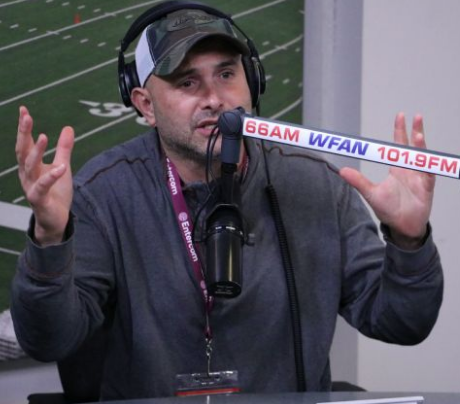 Craig Carton will host a program on WFAN 101.9 FM / 660 AM called, "Hello, My Name is Craig," starting in January that focuses on gambling addiction, reports Neil Best at Newsday.

Carton, who has co-hosted the station’s afternoon drive time program since last month, said the show will be heard at 9:30 a.m. on Saturdays beginning Jan. 9.

"I will be hosting a responsible gambling show and a show about addiction," Carton said in announcing the program on the air on Thursday afternoon.

He said "1-800-GAMBLER," which helps people who are problem gamblers, is partnering with the station on the show.

"They’re going to bring their expertise into it," Carton said. "I’ll tell the stories of gambling and the way my addiction manifested itself in the bad decisions I made, which became criminal.

"They’re the experts. They’re the ones that are going to walk us through what’s going on inside our noggin that makes us irrational and leads to an addiction."

Carton was released from prison in June after serving about a year upon being convicted on federal fraud charges. His offense was not directly related to gambling, but it was motivated by funding his debts from gambling.