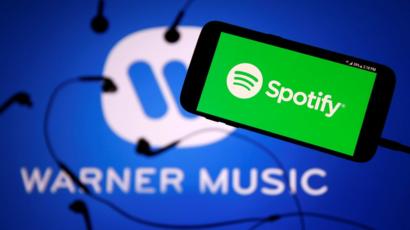 Spotify Technology and Warner Music Group have reached a new global licensing agreement, the companies said, ending a contentious yearslong negotiation between the streaming giant and the third-largest music label.

The Wall Street Journal reports Spotify now holds new long-term licensing agreements with two of the three major recorded-music companies. It has had deals in place for some time with Sony Corp.’s Sony Music Entertainment and a consortium of independent labels. Negotiations with Vivendi SA’s Universal Music Group, the largest of the music companies, are continuing to progress, according to people familiar with the matter.

Warner, controlled by billionaire Len Blavatnik’s Access Industries Inc., is the smallest of the major music companies by market share, but its negotiations with Spotify were widely seen as the most contentious and hardest to complete.

The relationship became strained as Spotify prepared to launch in India last year, according to people familiar with the discussions. The companies couldn't come to terms on licensing rates in the country, viewed as a key expansion for Spotify with its massive population, but problematic because its price points are lower than more developed markets. Spotify launched there at the end of February of last year, without the rights to Warner’s music.

The new agreement covers all territories Spotify’s service currently operates in, plus any future markets it expands into. Executives have talked about South Korea and Russia as possibilities.

The deal wraps up a loose end for Warner as it seeks to go public. The company filed documents for an initial public offering in February, amid a streaming-fueled resurgence in the music industry. Warner Music, which encompasses Atlantic Records, Warner Records and Elektra Records, touts Ed Sheeran, Cardi B, Lizzo and Neil Young on its roster.

Spotify, the largest streaming service globally by subscriptions, pays out about 70% of its revenue to labels and music publishers. Executives have said they didn’t expect any change in the rates they were paying the labels, and that negotiations were more focused on Spotify’s ability to expand into new markets and build out its two-sided marketplace—selling tools and services to artists and their teams.
Posted 1:05:00 PM