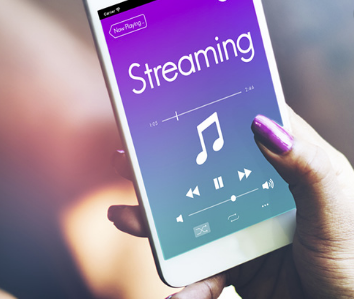 The coronavirus (COVID-19) crisis and its corresponding social distancing initiatives are affecting the way fans consume music and other entertainment. According to Digital Music News, the viewership uptick enjoyed by prominent video-streaming services like Netflix is holding strong, but music streaming is slowly regaining some of its lost ground.

As previously reported, the music industry’s physical sales, including vinyl, dropped considerably in response to the COVID-19 pandemic. Interestingly, however, so too did the United States’ music streaming figures. It appears that the widespread disruption to Americans’ normal way of life—schools and not a few businesses have closed indefinitely, and many state and local governments have banned large gatherings—has ushered in far-reaching changes to their entertainment habits.

A newly published study from Billboard (featuring data from Nielsen SoundScan) has shed additional light on coronavirus-prompted music- and video-streaming developments. Video experienced a 3.7 percent viewership uptick throughout the last week, in addition to a 6.9 percent increase during the prior seven days. Bolstered by an influx of at-home viewers, the first quarter of 2020 has seen a more than 28 percent jump in video streaming, compared to the same period in 2019.

Furthermore, audio streams declined by another 3.2 percent during the same weeklong period. In a sense, this drop is relatively positive, as the previous week brought a staggering nine percent reduction in overall music streaming. Accordingly, the movement away from audio streaming and towards video seems to be leveling off; if the next seven days’ figures also present a lessened (or steady) shift from music streaming, artists will have reason to be encouraged.
Posted 1:22:00 AM