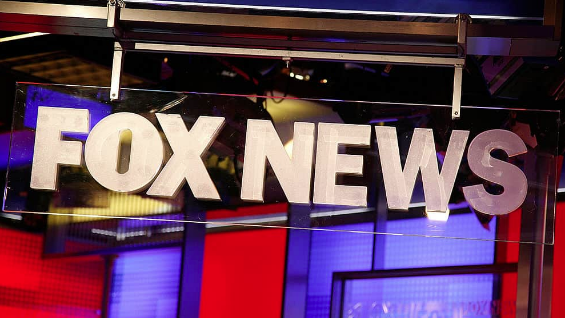 Republicans who watched Fox News were more likely to go outside and more likely to believe the coronavirus threat was exaggerated than their non-Fox-watching party allies, a new poll found.

The survey, conducted from March 13-16, found that only about 10% of Republicans who had watched Fox News in the previous 24 hours decided to stay home as the COVID-19 pandemic was beginning to explode in the U.S., Vox reported.

Meanwhile, 30% of Republicans who hadn’t watched any Fox News were staying home, the poll found. 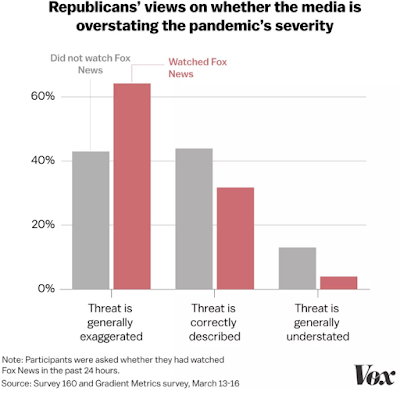 Additionally, more than 60% of Fox watchers surveyed thought the coronavirus had been “greatly exaggerated,” according to Vox. That number was just above 40% for non-Fox viewers.

Fox is particularly popular with older viewers and downplaying the pandemic could have endangered many Americans who are at greater risk of dying from COVID-19, The NY Daily News reports.

March 13, the first day of data collection for the survey, was the same day that Sean Hannity flipped the message on his popular show and began treating the coronavirus as a real crisis and not a Democratic conspiracy overreaction designed to make President Trump look bad.

As of Saturday night, more than 2,100 people in the U.S. have died in the coronavirus pandemic, according to data compiled by Johns Hopkins. More than 120,000 people in the country have been infected with the virus.
Posted 1:28:00 AM