Secretary general of the United Nations, António Guterres, has described the spread of COVID-19 as an unprecedented test unlike anything we have faced in the past 75 years. His comments come in the wake of a White House briefing where President Trump's top health advisors said they expect between 100,000 and 240,000 Americans to die from COVID-19, even if stringent social distancing guidelines are kept in place.

The death toll would be far higher without such measures, estimated at 1.5 to 2.5 million fatalities. Just over 4,000 Americans have already died according to the latest tracking from Johns Hopkins University. 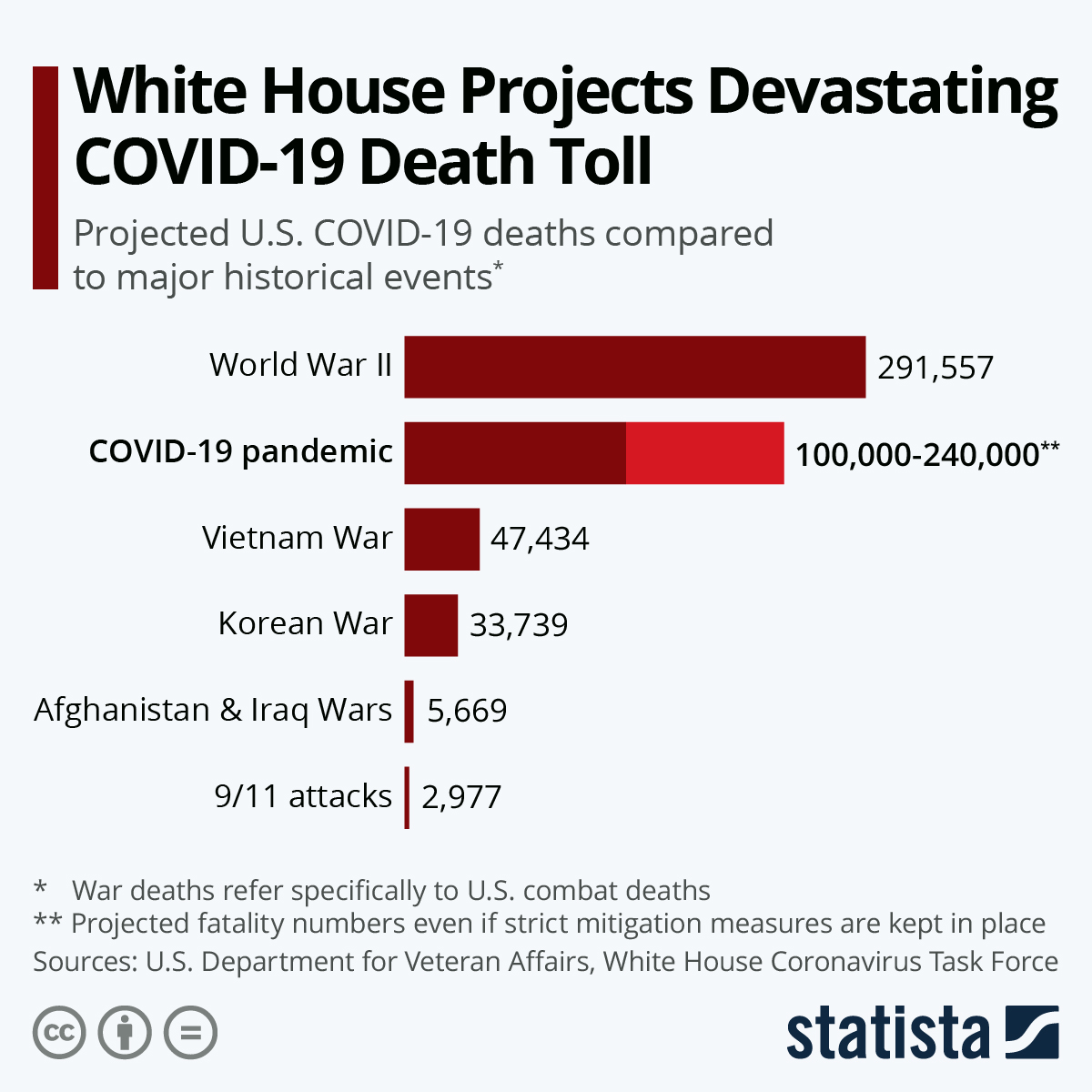 This infographic attempts to put the grim forecast into some kind of perspective by comparing the expected death toll to past historical events. It would not be too far off the 291,557 U.S. combat deaths in World War II documented by the U.S. Department of Veteran Affairs and it would be over five times as high as the U.S. military death toll in Vietnam.

At the White House, Dr. Deborah Birx and Dr. Anthony Fauci urged Americans to continue to follow social distancing recommendations over the coming weeks. Both experts said they hoped the final total could be lower due to the fact that their model is based on the hardest-hit states as well as countries dealing with severe outbreaks such as Italy.
Posted 3:29:00 AM