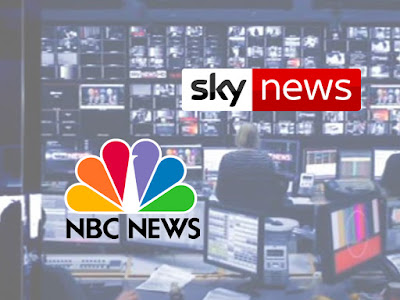 NBC Sky World News, the ambitious news service aimed at English-speaking audiences around the world that was expected to launch this summer, is on hold, Variety reports.

NBCUniversal and Sky, the two Comcast-owned divisions preparing to debut the outlet, have decided to delay the launch of the business due to the coronavirus pandemic, NBC News Chairman Andy Lack told employees during a Thursday-morning meeting, according to a person familiar with the matter.

Lack told staffers that NBC News is “stopping the launch plans” for the global news service, according to a person familiar with the matter. NBC News confirmed the details.

“We had quite a remarkable, arguably state of the art global news service in the planning phases that we all wanted to do,” said Lack, who detailed several practical reasons for the decision during the meeting, including staff working remotely, and a lockdown in the U.K.  preventing completion of construction on London production facilities.

“When things become more clear, when we get to the other side of this crisis, we’ll review all these plans,” Lack said, adding: “I want to underscore just how committed we are to increasing our journalism outside the U.S.”

NBC Sky World News was borne out of Comcast’s 2018 gain of control in European satellite broadcaster Sky PLC for around $39 billion, and a desire to marshal resources from both NBC News and Sky News to vie in new markets with other news organizations that do a sizable business with English-speaking consumers in international regions. AT&T’s CNN runs a separate international broadcast apart from its U.S. networks that includes a mix of programming tailored to overseas audiences as well as some of its U,S. shows. And the British Broadcasting Corporation also operates a sizable news business that covers various parts of the world.

Executives had already hired 50 journalists for the service, and they will be redeployed under the aegis of NBC News International President Deborah Turness to help cover the pandemic for NBC News’ U.S. venues.
Posted 1:13:00 AM