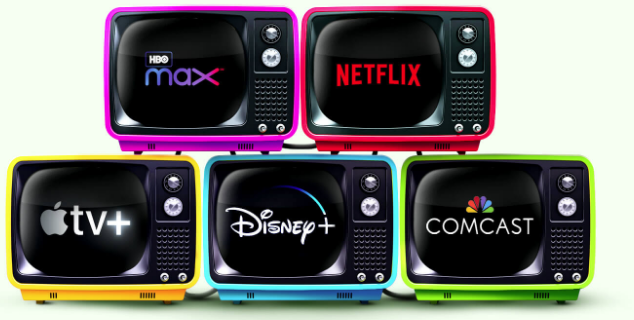 New Nielsen figures out Tuesday indicated that over the past four weeks, the number of minutes the average person spent streaming TV and movies has jumped 36%, from 115 minutes to 156 minutes weekly, as more people have been ordered to stay home to combat the spread of the virus.

And the figure has more than doubled from the equivalent March week last year, when the average viewer spent just 71 minutes a week streaming.

In the 84% of homes that are capable, streaming represented 23% of total TV usage for the week ending March 22, up sharply from 14% last year.

USAToday reports Hulu on Monday said that over the last two weeks, dramas, movies and kids programming has been viewed more often, including its new original series "Little Fires Everywhere," "This is Us," "Law and Order: SVU" and "Grey’s Anatomy," while comedies and “comfort” shows including "Bob’s Burgers," "How I Met Your Mother" and "Brooklyn Nine-Nine" have also been popular.  Netflix on Tuesday listed "Tiger King," "Ozark" and reruns of CW's "All American" as its top shows among U.S. subscribers.

But while Netflix, YouTube, Amazon and Hulu make up the vast majority of streaming activity on TV sets, Netflix and Hulu claimed a smaller share of that viewing than they did last year, the Nielsen data show.  Netflix claimed 29% of total streaming minutes for the week ended March 22, down from 36% from the equivalent week last year; Hulu accounted for 10%, down from 15%.  YouTube represented 20%, up from 19%.  And Amazon inched up to 9%, from 7%. And reflecting big growth in the number of new services, led by Disney Plus and Apple TV Plus, the "other" category jumped to 31% from 23%.