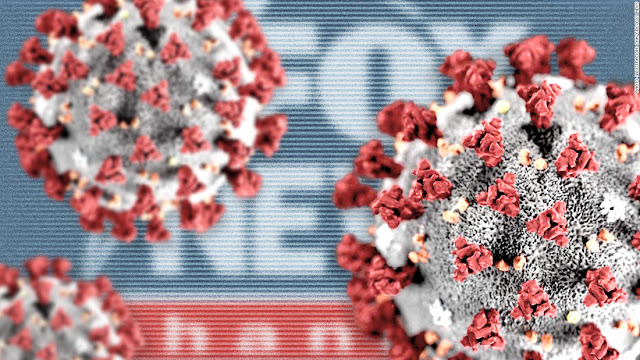 Dozens of professors and teachers of journalism and communications have signed a scathing open letter calling out Fox News’ coverage of the coronavirus crisis, describing it as “a danger to public health.”

Some 77 academics and journalists had signed the letter as of Thursday morning, accusing the widely watched conservative network of contributing “to the spread of a grave pandemic.”

The signatories, led by Columbia Journalism School Professor Todd Gitlin, call on Fox Corporation chairman Rupert Murdoch and his son, company CEO Lachlan Murdoch, “to help protect the lives of all Americans” by ensuring the network airs information “based on scientific facts.”

The letter notes that Fox News’ viewers — including President Donald Trump — have “been regularly subjected to misinformation,” such as:

False statements downplaying the prevalence of COVID-19 and its harms; misleading recommendations of activities that people should undertake to protect themselves and others, including casual recommendations of untested drugs; false assessments of the value of measures urged upon the public by their elected political leadership and public health authorities.

The letter acknowledges Fox News’ “solid reporting” on the outbreak but lamented its failure to clearly distinguish “between the authority that should accrue to trained experts, on the one hand, and the authority viewers grant to pundits and politicians for reasons of ideological loyalty.”

Fox’s prime-time hosts regularly use their platform to defend Trump. Sean Hannity has even appeared on stage with the president at a campaign rally, HuffPo notes.

Read the full text of the letter here:

But viewers of Fox News, including the president of the United States, have been regularly subjected to misinformation relayed by the network—false statements downplaying the prevalence of COVID-19 and its harms; misleading recommendations of activities that people should undertake to protect themselves and others, including casual recommendations of untested drugs; false assessments of the value of measures urged upon the public by their elected political leadership and public health authorities.

The misinformation that reaches the Fox News audience is a danger to public health. Indeed, it is not an overstatement to say that your misreporting endangers your own viewers—and not only them, for in a pandemic, individual behavior affects significant numbers of other people as well.

Yet by commission as well as omission—direct, uncontested misinformation as well as failure to report the true dimensions of the crisis—Fox News has been derelict in its duty to provide clear and accurate information about COVID-19. As the virus spread across the world, Fox News hosts and guests minimized the dangers, accusing Democrats and the media of inflating the dangers (in Sean Hannity’s words) to “bludgeon Trump with this new hoax.” Such commentary encouraged President Trump to trivialize the threat and helped obstruct national, state, and local efforts to limit the coronavirus.

The network’s delinquency was effective. According to a YouGov/Economist poll conducted March 15-17, Americans who pay the most attention to Fox News are much less likely than others to say they are worried about the coronavirus. A Pew Research poll found that 79% of Fox News viewers surveyed believed the media had exaggerated the risks of the virus. 63% of Fox viewers said they believed the virus posed a minor threat to the health of the country. As recently as Sunday, March 22, Fox News host Steve Hilton deplored accurate views of the pandemic, which he attributed to “our ruling class and their TV mouthpieces — whipping up fear over this virus.”

Fox News reporters have done some solid reporting. And the network has recently given some screen time to medical and public health professionals. But Fox News does not clearly distinguish between the authority that should accrue to trained experts, on the one hand, and the authority viewers grant to pundits and politicians for reasons of ideological loyalty.

There is a tendency to accept (or reject) them all indiscriminately, for after all, they are talking heads who appear on Fox News, a trusted source of news. When the statements of knowledgeable experts are surrounded by false claims made by pundits and politicians, including President Trump—claims that are not rebutted by knowledgeable people in real time—the overall effect is to mislead a vulnerable public about risks and harms.

Misinformation furthers the reach and the dangers of the pandemic. For example, the day after Tucker Carlson touted a flimsy French study on the use of two drugs to treat COVID-19, President Trump touted “very, very encouraging early results” from those drugs, and promoted a third as a possible “game changer.”

The basic purpose of news organizations is to discover and tell the truth. This is especially necessary, and obvious, amid a public health crisis. Television bears a particular responsibility because even more millions than usual look there for reliable information.

Inexcusably, Fox News has violated elementary canons of journalism. In so doing, it has contributed to the spread of a grave pandemic. Urgently, therefore, in the name of both good journalism and public health, we call upon you to help protect the lives of all Americans—including your elderly viewers—by ensuring that the information you deliver is based on scientific facts.
Posted 1:55:00 AM