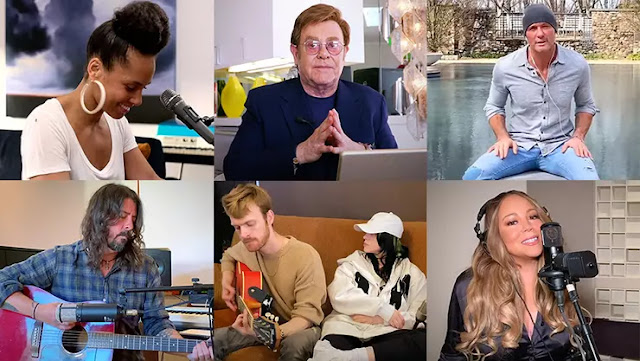 The Elton John-led, star-studded benefit concert that raised more than $10 million to battle the coronavirus will be re-aired on Fox Monday.

Billie Eilish, Mariah Carey and Alicia Keys performed from their homes on “Fox Presents the iHeart Living Room Concert for America.” The hourlong event originally premiered last Sunday on Fox and iHeartMedia radio stations, and the money raised during the airings will go to Feeding America and First Responders Children’s Foundation.

During the initial broadcast, John, 73, proved he can make the best of any situation. The rock icon lamented, "I have to be quarantined in the only house I have ever been in without a piano."

Fortunately for fans, he still managed to put on a show: As the broadcast closed out, John sat down at his sons' keyboard, joking, "I don't normally play a keyboard like this."


He then proceeded to perform an excerpt of his 1974 hit "Don't Let the Sun Go Down On Me" as the credits rolled, which he dedicated to "the incredible heroes" on the front lines of the pandemic.
Posted 3:32:00 AM