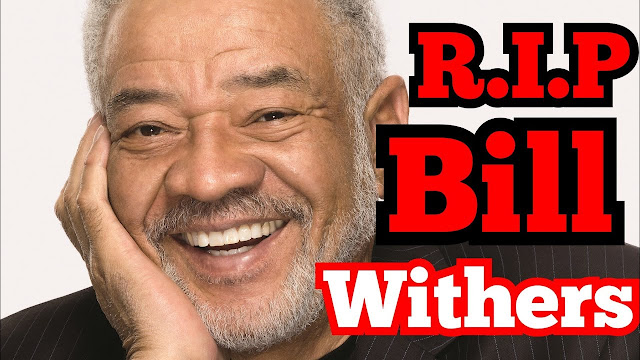 He was 81 years old, according to the Wall Street Journal.

The singer-songwriter’s iconic tunes, including “Lean On Me,” “Ain’t No Sunshine” and “Lovely Day,” remain as popular as they were when he wrote them in the 1970s. In the ensuing decades, he bowed out of music-making and largely exited from public life.

“As private a life as he lived close to intimate family and friends, his music forever belongs to the world,” his family said in a statement. “In this difficult time, we pray his music offers comfort and entertainment as fans hold tight to loved ones.”

Born July 4, 1938, in Slab Fork, W.Va., and raised in the nearby coal-mining town of Beckley, he was the youngest of six children. Mr. Withers enlisted in the Navy at age 17 and served for nine years—during which he overcame his severe childhood stutter and became interested in writing songs—before making his way to Los Angeles.

There, his self-financed demo tapes led to a record deal with Sussex Records, which released his debut album, “Just As I Am,” in 1971. It yielded the singles “Grandma’s Hands” and “Ain’t No Sunshine,” which won the Grammy for best R&B song that year. With the album’s success, he began touring with members of the Watts 103rd Street Rhythm Band, a local pop-R&B group whose keyboardist produced his demo recordings.

A year later came his second album, “Still Bill,” with universal anthem and the widely beloved paean to friendship “Lean On Me.” The next single, “Use Me,” became his third million-selling hit.


“Not a lot of people got me,” Mr. Withers said during his induction into the Rock and Roll Hall of Fame in 2015. “Here I was, this black guy playing an acoustic guitar, and I wasn’t playing the gutbucket blues. People had a certain slot that they expected you to fit into.”

In 1975, Mr. Withers signed to Columbia Records, and released “Making Music” that year, with the single “She’s Lonely.” He released three more albums over the next three years, including 1977’s “Menagerie,” which included “Lovely Day,” one of his most enduring feel-good hits. Toward the end of the song, he holds a single note—on the word “day”—for 18 seconds.

Withers collaborated with saxophonist Grover Washington, Jr., for the 1981 hit “Just the Two of Us,” which won the Grammy that year for best R&B song.

In 1985, he released his ninth and final studio album, “Watching You Watching Me,” which featured “You Just Can’t Smile It Away” and “Whatever Happens.” Frustrated with music executives, he didn’t re-sign or record with a label after that year, though his musical success continued to grow, with covers, compilations and notable placements in films and elsewhere.