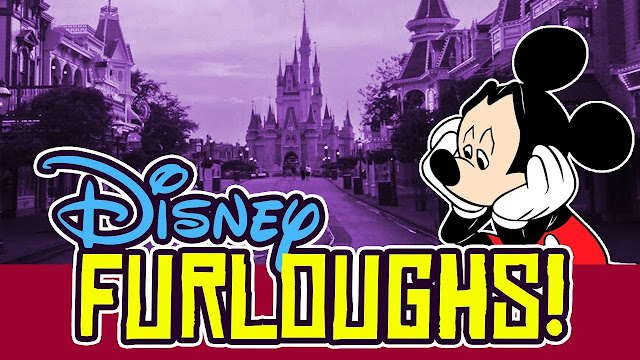 Walt Disney Co. on Thursday said it would begin to furlough employees “whose jobs aren’t necessary at this time” amid widespread business closures, in the latest sign of the harsh economic fallout from global coronavirus crisis.

The furloughing process will begin April 19, the LA Times reports.

The Burbank-based entertainment giant has been devastated by the COVID-19 pandemic, which has shuttered its theme parks, cruise lines and retail stores, halted film and TV productions and delayed high-profile movie releases including “Mulan.”

Disney, which employs 223,000 people according to its annual report, and is one of the biggest employers in the Los Angeles area, did not say how many people would be out of work because of the decision. The company also did not specify which departments would be affected.

However, the impact is expected to be significant. Disney’s parks and resorts employ more than 170,000 people, alone, many of whom are part time.

“The COVID-19 pandemic is having a devastating impact on our world with untold suffering and loss, and has required all of us to make sacrifices,” Disney said in a statement. “Over the last few weeks, mandatory decrees from government officials have shut down a majority of our businesses.”

Disneyland and Walt Disney World have been shuttered since mid-March, when government officials began issuing stricter orders to slow the spread of the virus, putting thousands of people out of work. So far, though, Disney employees have received full pay and benefits during the closures, the company said. Disney has committed to paying workers through April 18. But the latest decision underscores the uncertainty of the situation for businesses such as Disney.

Those affected by the program will remain Disney employees through the duration of the furlough period, Disney said. The company also promised full healthcare benefits, and will cover the cost of employee premiums.
Posted 3:09:00 AM