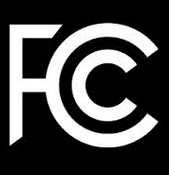 FCC chairman Tom Wheeler took the stage at the Cable Show 2014 to keep up his PR campaign defending the commission’s revised net neutrality regulations – and, according Variety,  put cable operators on notice that he’ll act swiftly to stop any Internet service providers that abuse the principles of an open Internet.

“Let me be clear: If someone acts to divide the Internet between ‘haves’ and ‘have nots,’ we will use every power at our disposal to stop it,” Wheeler said. “I want to specifically direct these remarks to you, the principal providers of the nation’s broadband connectivity.”

Wheeler has come under fire from a range of critics who believe the so-called “fast lane” provision of the new rules will stymie competition and give ISPs free rein to discriminate against content providers.

According to Wheeler, those who have objected to the new net-neutrality rules don’t understand them, and he reiterated his complaint that reports have misconstrued the FCC’s plans.