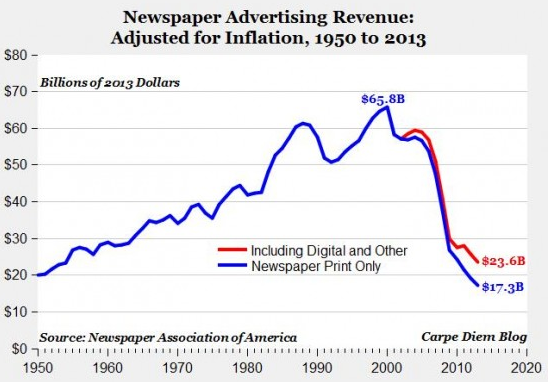 The decline in print newspaper advertising to a 63-year low is pretty amazing by itself, but according to Mark J. Perry at aei-ideas.org, the sharp decline in recent years is stunning. Newspaper print advertising revenues decreased more than 50% in just the last five years, from $37.6 billion in 2008 to only $17.3 billion last year; and by almost 70% over the last decade, from $56.9 billion in 2003.