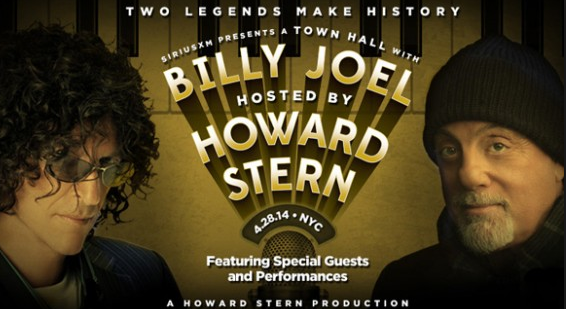 “We kept it small,” said Stern of the intimate crowd of 100 guests, which included Matt Lauer, Rachael Ray and pre-approved fans, who participated in a moderated question-and-answer session that was interspersed with Joel’s trademark humor, insights and musical interludes of well-known Joel compositions “Summer Highland Falls” and “Vienna.” He also did dead-on impressions of Johnny Cash and Wolfman Jack, and an epic cover of “A Whiter Shade of Pale” by Procol Harum.

The event, which lasted over two hours, allowed fans a rare opportunity to delve into Joel’s songwriting secrets (“Piano Man” isn’t so much a lyric, but a limerick, he said), as well as ask questions about his motorcycle accident -- a fan actually requested his autograph as he was lying at the side of the road -- and find out which cover of his songs he hated.

Stern got right down to it, immediately asking Joel if he had any regrets at age 65. “If you have no regrets, what kind of life did you have?” Joel answered.