Radio consumption across the U.S. continues to grow, as nearly 92 percent of Americans 12 or older are tuning in each week. That’s 244.4 million of us, a record high, accoridng to Nielsen's news "State of Media: Audio Today' report.

The growth is remarkable considering the variety and number of media choices available to consumers today over-the-air and online via smartphones, tablets, notebooks/desktop computers and digital dashboards. Radio’s hyper-local nature uniquely serves each market which keeps it tied strongly to our daily lives no matter how (or where) listeners tune in.

According to Nielsen, the radio landscape is a diverse community of listeners from every corner of America that reflects the same population trends of the country as a whole. Radio is one of the original mass mediums, and as the U.S. population grows and the makeup of our citizens changes, radio audiences follow suit. 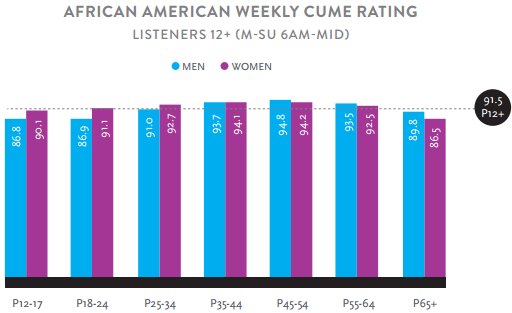 Alongside the national growth, African American and Hispanic listenership has also reached a historic high, as more than 71 million from these demographics tune in each week. Combined, these listeners account for nearly a third (29.6%) of the total national audience. 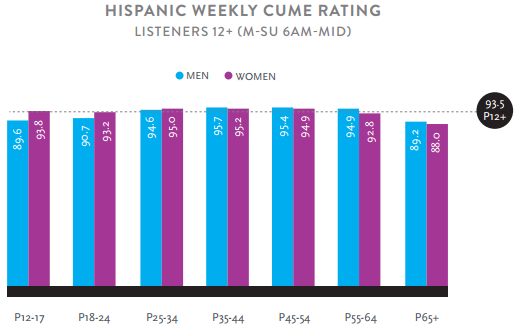 These multicultural audiences are highly engaged with radio all across the country, in markets large and small, where more than 3,000 different stations program to them specifically.

Among the highlights of the report: