NBA Commissioner Adam Silver will hold a news conference today (April 29th) in which he could reveal action being taken against L.A. Clippers owner Donald Sterling in the wake of the release of an audiotape in which he's heard making racist comments. Among the potential options are an indefinite suspension and a large fine.

Clippers coach Doc Rivers said yesterday that he believes a, quote, "very strong message" is coming from the NBA. Meanwhile, several corporations said Monday that they were pulling their sponsorship deals with the team, among them CarMax, Virgin America and Kia Motors.

Amid the uproar over the racist comments L.A. Clippers owner Donald Sterling was caught on tape saying in a conversation with his girlfriend, some who are condemning what he said are also questioning how we came to to hear it, saying the making and release of the tape was sleazy and possibly a set-up. 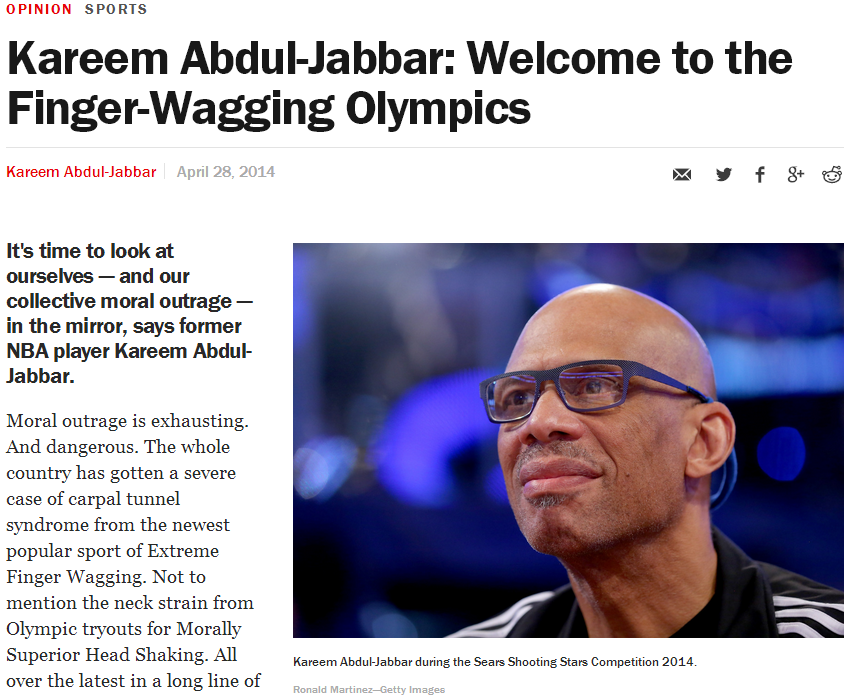 NBA legend Kareem Abdul-Jabbar wrote an op-ed for Time yesterday (April 28th) in which he condemned the comments, as well as the fact that nothing was said or done years earlier, even though Sterling's views were known, but also wrote, "Shouldn't we be equally angered by the fact that his private, intimate conversation was taped and then leaked to the media? . . . The making and release of this tape is so sleazy that just listening to it makes me feel like an accomplice to the crime." 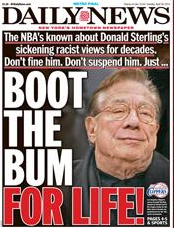 Of Sterling's girlfriend, V. Stiviano, he writes, "[She] is on tape cajoling him into revealing his racism. Man, what a winding road she led him down to get all of that out. She was like a sexy nanny playing 'pin the fried chicken on the Sambo.' She blindfolded him and spun him around until he was just blathering all sorts of incoherent racist sound bites . . . "

Donald Trump also weighed in, going further to suggest Stiviano set Sterling up. He said on Fox News Channel yesterday, "He got set up by a very, very bad girlfriend, let's face it. She's called the girlfriend from hell, but what he said was terrible and despicable and very strong action is going to be taken. She's a terrible human being and he gave horrible answers and disgusting answers."
Posted 3:22:00 AM