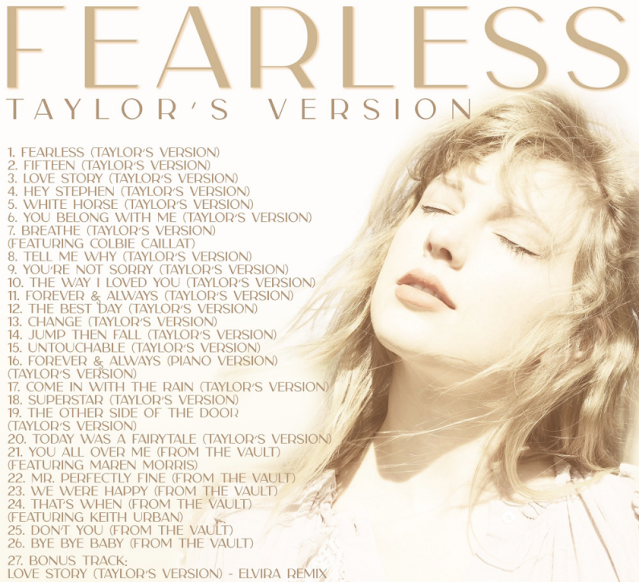 Taylor Swift is striking back: the superstar on Thursday night released a rerecording of her 2008 album “Fearless,” the first salvo of a campaign to reclaim her back catalog and gain more control over her legacy, reports The Wall Street Journal.

Two years after failing to acquire the rights to her early albums from her former label, Big Machine Label Group, the 31-year-old pop star is attempting to effectively replace those albums in the minds of consumers with new versions whose rights she owns. On Thursday, Swift enlisted the help of two of her “kids”—Olivia Rodrigo and Conan Gray, rising music stars who are both huge fans—to help promote the remake.

“They are so cute it physically hurts me,” Swift said on Twitter. 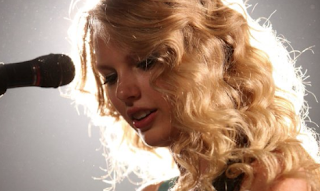 The 27-track “Fearless (Taylor’s Version)” album follows her third album-of-the-year win at the Grammy Awards last month and weeks of promotional teases, including the release of never-before-heard tracks from the “Fearless” era including “You All Over Me” and “Mr. Perfectly Fine.”

Swift’s plan to rerecord her early albums could devalue the earning potential of the old versions by encouraging fans, advertisers and other users to listen to or license the new tracks. In addition to boosting her streaming income and sales, her move bestows more control: if she wants to license a “Fearless”-era song for use in a commercial or movie, for example, she can ink the deal herself, cutting out the owner of the original version.

“It’s going to be fun,” Ms. Swift told Billboard in 2019, of rerecording her albums. “Because it’ll feel like regaining a freedom and taking back what’s mine.”

“Fearless” is actually the second album in Ms. Swift’s catalog—not her debut, which was 2006’s “Taylor Swift.” However, it was her first No. 1 album on the all-genre Billboard album-sales chart, won album of the year at the Grammys and remains among her most liked and critically-acclaimed records. If the Pennsylvania-born singer-songwriter follows through, it will be the first of six rerecorded albums.