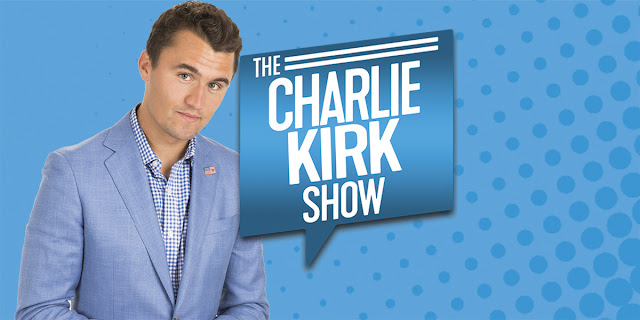 “I am thrilled and honored to take the same time and station where my friend and American hero Rush Limbaugh launched his national radio show in 1988,” said Kirk. “I am so impressed with what John Catsimatidis has done since he bought this great station and will commit to doing my part to keep this as one of the top talk stations in America.”

Kirk joined the Salem Radio Network in the Noon to 3pm time slot last October 5th and has continued to build in audience and stations. Kirk also hosts one of the Top 10 podcasts in the USA, wrote a NY Times Bestseller, and founded Turning Point USA which now counts over 250,000 young people as members.

“Charlie Kirk has proven to be one of the bright lights of the conservative movement,” said Catsimatidis. “He’s young, energetic, articulate, and proving to be a great radio talent.”

“We have built one of the strongest talk lineups in all of radio at 77 WABC and are delighted to add this great young star to our platform,” said President of Red Apple Media, Chad Lopez. “We know this will be a great move both for our listeners and advertisers.”

“I was fortunate to be the PD at WABC for 14 years. I am thrilled to see WABC once again affirm its status as one of the truly iconic talk stations in the nation, and so blessed to be able to add our newest star Charlie Kirk to their all-star lineup,” said Phil Boyce, Salem Sr. VP of Spoken Word at the Salem Radio Network.
Posted 1:08:00 PM