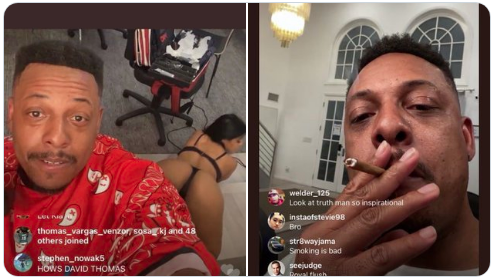 The decision was made after Pierce published racy Instagram videos on Friday, showing him smoking what appeared to be marijuana and with scantily clad women whom may have been strippers.

Pierce, 43, has been on a bit of a downward trajectory at ESPN but had hung on enough where he was a regular contributor to its top studio shows, “NBA Countdown” and “The Jump.” During a recent show, he went on the air and said the wrong team won. He was quickly corrected.

According to sources, ESPN was particularly miffed that Pierce chose to put the videos out on his own accord. If he had been filmed doing the same activities and they became public by someone else, he may have kept his job.

When the news became public on Monday, Pierce went to Twitter and posted a four-second video that said, “Smile” and the message, “Big Things coming soon stay tuned make sure u smile #Truthshallsetufree.”