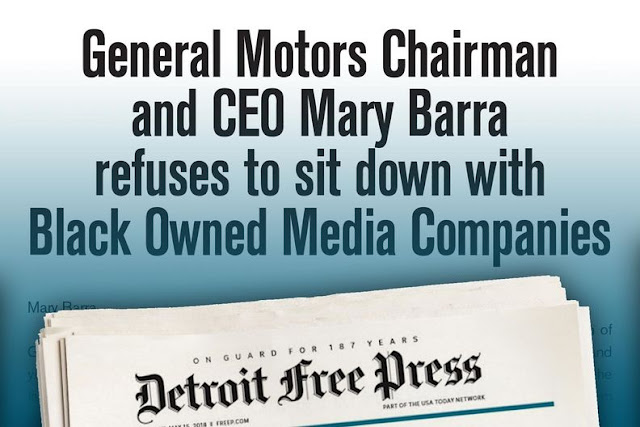 General Motors Co. has pledged to increase the amount it spends on advertising with Black-owned media companies, a move that comes amid growing pressure on U.S. corporations and Madison Avenue to diversify the outlets where they advertise.

The Wall Street Journal reports the nation’s largest auto maker by revenue on Thursday said it would allocate 4% of its U.S. advertising spending on Black-owned media companies by next year and would boost that level to 8% in 2025. 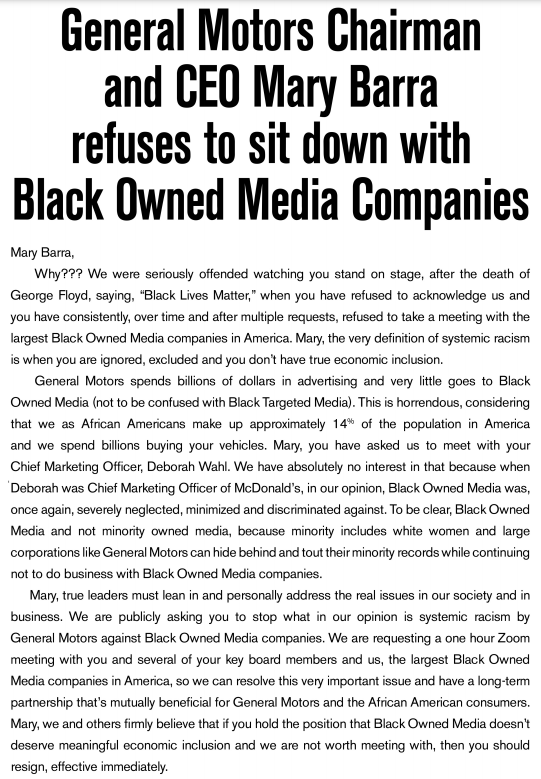 The ad was an open letter to GM Chief Executive Mary Barra and said the car maker spends less than 0.5% of its advertising in Black-owned media, even though “African-Americans make up approximately 14% of the population in America and we spend billions buying your vehicles,” according to a version of the ad that ran in the Detroit Free Press.

In a statement, GM said the figure of less than 0.5% was inaccurate, noting the current number was 2%. General Motors is one of the top ad spenders in the U.S., and it spent $630.8 million on domestic ads in 2020, down from $1.1 billion in 2019, according to estimates from ad-tracker Kantar Media. Kantar data exclude spending on social media.

“We are disappointed that Mr. Allen and his fellow signatories resorted to additional paid media advertising to advance a narrative of factual inaccuracies and character assault against our CEO,” GM said.

In response, Mr. Allen said the signatories had asked GM for the number, which the company wouldn’t provide. “Our best estimate was 0.5%,” he said in an interview.