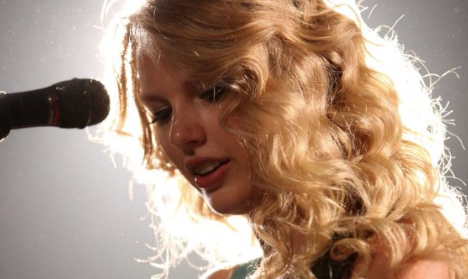 Taylor Swift's “Fearless” re-launch is the first of six albums she is expected to re-record and sell. To mark the beginning of Swift’s re-releases, YouGov asked more than 900 fans of Taylor Swift’s music — Americans who say they like her music “a lot” or “somewhat” — to rate every album on a scale of 1 to 5. The average score for each album was then calculated to determine Swifties’ favorite collection. 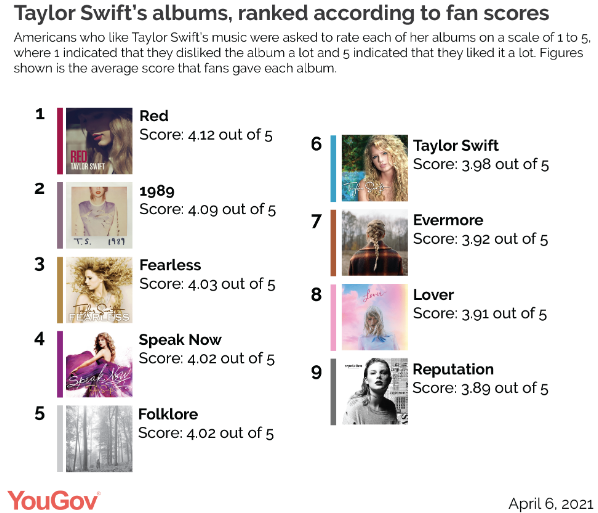 Among fans who were familiar with each album, the most-liked anthology was Red, a 2012 release which earned an average score of 4.12 out of 5. This is perhaps an unsurprising top choice — music critics have argued that Red features her greatest song, “All Too Well.” The second most-liked album is her 2012 pop release, 1989, with an average rating of 4.09 out of 5. The collection of songs on 1989 includes several popular radio blasts: Blank Space and Shake It Off.

Her new re-release, Fearless, lands in third place with a score of 4.03 out of 5. The album boasts the song Love Story, which inspired several remixes and a viral TikTok dance challenge. Swift said she chose to re-record her second studio album before any other because she wanted to explore its themes of “hope, and lessons learned, and the effervescence of teenage youth.”

Which Taylor Swift albums are most well-known?

Even among fans of Swift’s music, many have not listened to her newer albums.  About nine in 10 adults who like Taylor Swift’s music have heard each of her albums, but that drops for her most recent releases: Lover (86%), Folklore (80%), and Evermore (78%).