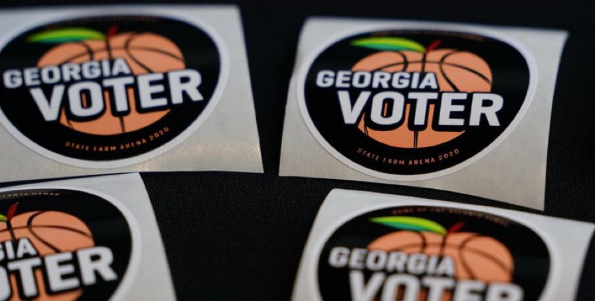 CBS News deleted a tweet Saturday after backlash over the linked news article that gave companies advice for how to “fight Georgia’s restrictive new voting law.”

The article linked in the tweet also appeared to be edited after backlash and was not tagged under any opinion-related section on the website. An archived version of the article displays the same headline as the deleted tweet.

The headline was later updated to read: “Activists are calling on big companies to challenge new voting laws. Here’s what they’re asking for.”

CBS, after widespread criticism, changed the headline on its news article from "3 Ways Companies Can Help Fight Georgia's Restrictive New Voting Law" to one saying that it is *activists* who want this. They also deleted their tweet that contained the original headline. https://t.co/XTj5M6O1w5 pic.twitter.com/C2IhYCTztN

The article in question, written by CBS MoneyWatch reporter Khristopher J. Brooks, gave three suggestions for companies to boycott Georgia’s voting law, according to “activists.” The first section urged companies not to donate to the two Georgia Republicans who co-sponsored the bill. The second bullet point pushed for companies to “spread awareness” via television and social media advertisements, and the third note called for them to “fight for federal law” regarding the “For the People Act.”

“Activists are urging Georgia-based companies like Delta, Home Depot and UPS to stop funding the political campaigns of Republican legislators behind the state’s move to restrict voting rights,” Brooks wrote in the article. “They also want companies to put their brands behind publicity campaigns that openly oppose similar voter law proposals in Arizona, Florida and Texas, as well as to take a stand in favor of bills in Congress aimed at expanding access to the ballot box.”

Conservative writer A.G. Hamilton wondered “on what planet” it would be “acceptable for a news organization to engage in this type of activism” while wanting “to be taken seriously.”