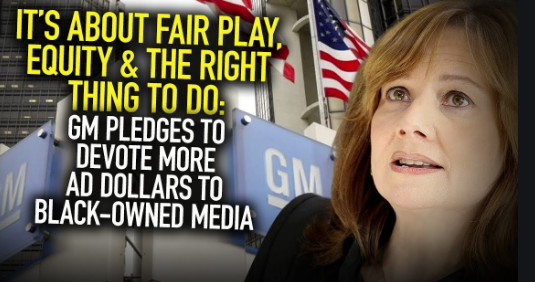 Musician and entrepreneur Sean “Diddy” Combs criticized General Motors Co. and other companies for failing to support Black-owned media, saying Corporate America could no longer “manipulate our community into believing that incremental progress is acceptable.”

Bloomberg reports the rapper, who founded the Revolt cable network in 2013, posted an open letter on that company’s website Thursday calling out companies for spending less than 1% of their advertising on Black-owned media.

He singled out General Motors because it recently cited Revolt as a company it supports. “While Revolt does receive advertising revenue from GM, our relationship is not an example of success. Instead, Revolt, just like other Black-owned media companies, fights for crumbs while GM makes billions of dollars every year from the Black community,” he said.

“Corporations like General Motors have exploited our culture, undermined our power, and excluded Black entrepreneurs from participating in the value created by Black consumers,” said Combs, who first rose to fame in the 1990s as a hip-hop artist and record producer.

“We will increase our spend with this important segment to 4% in 2022, and will continue to grow our spend thereafter with a target of 8% by 2025,” Morrissey said in an email. “We already have the highest diversity media spend in our industry and we believe this furthers that leadership and commitment.”