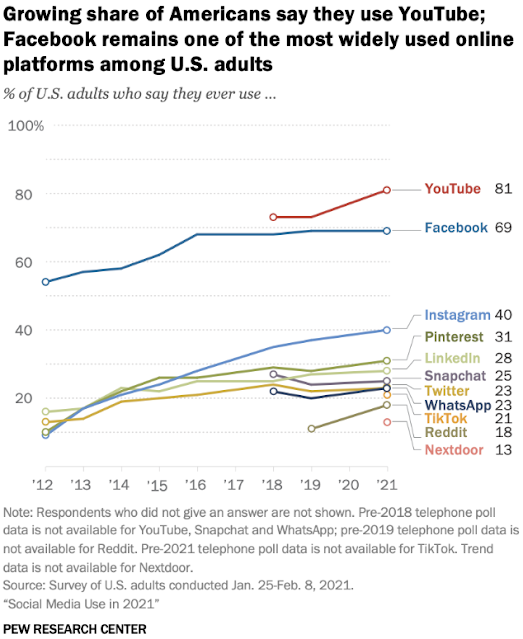 In its debut in a highly regarded study of Americans' social media platform usage, TikTok ranks just behind Snapchat and Twitter, and well ahead of far more established Reddit as a social media destination U.S. adults say they use. That's one of the top-line findings from the just-released 2021 edition of a periodic study of America's social media preferences and habits.

The study also shows that YouTube continues to ascend as most prevalent social media platform in the United States, with 81% of adults citing their usage of it vs. 73% in Pew's last comparable study in 2019.

In addition to TikTok, Nextdoor makes its debut on the ranking with 13% of U.S. adults citing its usage.

"Despite a string of controversies and the public’s relatively negative sentiments about aspects of social media, roughly seven-in-ten Americans (72%) say they ever use any kind of social media site," the new report notes, adding, "This share has remained relatively stable over the past five years."

According to Mediapost, this year's report is based on a nationally representative survey of 1,502 U.S. adults conducted via telephone in January and February. 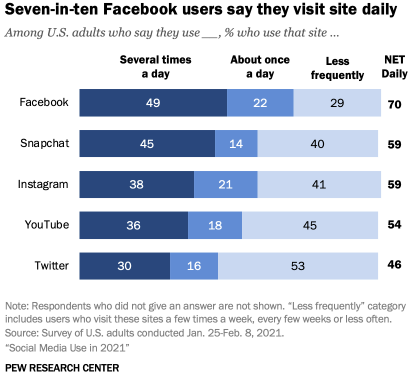