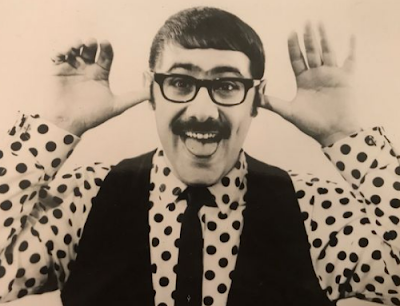 Mr. Polao was most proud of his role as Rudolfo, the chauffeur, in the 1967 Mel Brooks film The Producers. He was also an extra in many movies shot in the Philadelphia area, such as Trading Places, Rocky, Blowout, and Taps.

In Philadelphia and Trenton in the 1950s and ’60s, Mr. Polao was a popular radio disc jockey who interviewed Elvis Presley and Patti Page; an overnight radio talk-show host who once persuaded a distraught listener to reconsider suicide; and the star of The Fun Club with Ron Polao on what was then WIBF-TV, Channel 29.

“He was a character,” said his daughter, Mia. “He was eccentric. People would say, ‘That’s your dad?’ But they loved him. He had a unique personality.”

Polao liked to wear big glasses and distinctive clothes. A comedy writer who pitched several TV and radio pilot shows, he was a pioneer in children’s programming with his after-school Fun Club. The show featured him doing skits and jokes, and reading letters from viewers who poked fun at him.

The program was advertised around town on billboards that featured a picture of Mr. Polao with his thumbs in his ears and the directive “Go home and make fun of Ron Polao.” He also worked in the TV studio at NBC’s Channel 3 as an announcer when commercials and public service bulletins were aired live.

Driven to create and express himself wherever he could, he wrote, directed, produced, and narrated TV commercials for Boscov’s from the 1990s to 2017. He attended store openings, and the family accompanied him on Caribbean cruises sponsored by founder Albert Boscov.

Mr. Polao was born June 23, 1939, in Trenton. His entertainment career took off first after he won a DJ contest at a local radio station. That led him to spinning records and hosting radio shows at what were then WTNJ, WTTM, and WDAS.